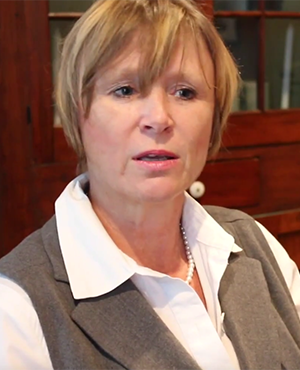 "We had gone to visit some schools in the area and had really settled on another school, and then we came to Pennington. My son felt that at the other schools he had to fall in line more, that there was a role and a script that he needed to play that he was not comfortable with. He really felt like he could be himself here at Pennington and free to express himself the way he wants to. He said, 'I can be myself here, mom.'

His horizons expanded and he's able to try so many different elective topics but also still be pushed academically in the classroom. It's the whole package, it really is, and academics are important, but personal growth, confidence, and understanding development are also very important too. Kids can often fall into a habit of playing into a role and not discovering themselves, but Pennington allows kids to express themselves in a way they feel comfortable and encourage them to grow. This is the place that can really launch him."