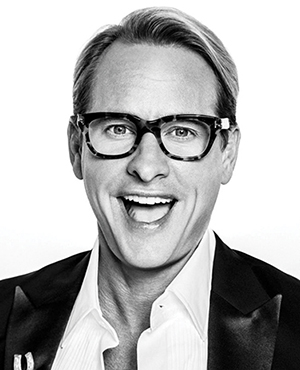 Carson Kressley is an Emmy Award–winning TV personality, style expert, fashion designer, and New York Times–bestselling author. Since his television debut as the fashion savant on Bravo’s Queer Eye, he has hosted OWN Network’s Carson-Nation and ABC’s True Beauty, competed on reality shows such as Big Brother Australia and the 13th season of Dancing with the Stars, and served as a judge on a wide range of shows, including Food Network’s Celebrity Cupcake Wars. Kressley also competed on NBC’s Celebrity Apprentice, to raise money for his charity, the True Colors Fund. An ardent philanthropic supporter of many causes, Kressley uses his celebrity to advance concerns such as the Human Rights Campaign, The Trevor Project, and AIDS WALK. He serves as a trustee on many boards, including those of The American Saddlebred Museum and Philadelphia University.