Our History of Inclusion

Pennington has Provided Educational Excellence for over 180 Years

Founded by the Methodist Church in 1838, The Pennington School has long been a place of inclusion and innovation. Early on, the founders identified three guiding principles for the School: “the education of the physical, the training of the mental, and the grounding of the soul in character.” These principles reflected the vision of John Wesley, the founder of Methodism, who envisioned schools as places that cared for the whole individual, with the real purpose of education not just to fill students with information, but to enable them to think.

In 1838, secondary education was considered a luxury in the United States. Nevertheless, the New Jersey Conference of the Methodist Church established the Methodist Episcopal Male Seminary at Pennington, opening its doors with three students. Housed in what is currently the center section of Old Main, students pursued a "virtuous education." In its early years, students at Pennington boarded at homes near the school and were required to attend the Methodist or Presbyterian Churches in town, twice, on Sundays.

Martin Van Buren was the eighth president of the United States.
The telegraph was first demonstrated.
The Iowa Territory was established.
Boston established the first police force in the USA.
Transatlantic steamship service was started from New York to England. The journey took fifteen days. 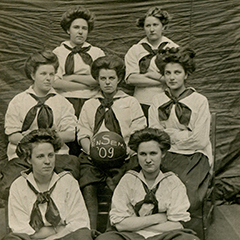 At this time, the School was renamed to The Pennington Seminary and Female Collegiate Institute, establishing a "female department" at Pennington and welcoming girls to campus for the first time. The School offered the degrees of Mistress of English Literature and Mistress of Liberal Arts to students finishing their course of study. Students lived and studied in a newly constructed east wing of Old Main. By 1910, American society showed renewed interest for single-sex education, and an all-girls school was established in Hackettstown, New Jersey (which would later become Centenary College). After 57 years of coeducation, girls left Pennington’s campus, returning again in the early 1970s.

Franklin Pierce was the fourteenth president of the United States.
The Washington Territory was established.
The first fire engine (horse-drawn) entered service.
A transcontinental railroad linking Chicago to the west coast was proposed.
The Gadsden Purchase established the southern border of the United States.
The California Gold Rush was ongoing. 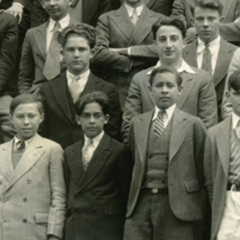 By 1885, international students had arrived at Pennington. Students from South America, Asia, and Europe came to Pennington for an education in English before enrolling at American universities. At this time, students would have traveled to the United States by boat and then loaded their steamer trunks on trains, before arriving at the Pennington campus in horse-drawn carriages. In the dormitories, students would have had folding beds with the finest horsehair mattresses and would have studied by gas lamps.

Grover Cleveland was inaugurated as the 24th president of the United States.
The Statue of Liberty arrived in New York Harbor from France.
The first skyscraper was completed in Chicago. The Home Insurance Building had a metal frame and ten floors.
Mark Twain published The Adventures of Huckleberry Finn. 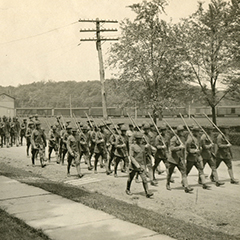 During World War I, the School began compulsory military training as part of the curriculum. Students completed long hikes, trench work, drills on the manual of arms, and rifle practices with .22 Springfields. Students wore military uniforms and began their days with "Reveille" and ended with "Taps." Over 150 Pennington students and alumni service in World War I, and three were killed.

Woodrow Wilson was the 28th president of the United States
World War I began.
The Pennington School purchased its first vehicle.
The first Pulitzer Prizes were awarded.
Albert Einstein published his first paper on cosmology.

At a time of incredible exclusion in the world, something also seen in many independent schools, Pennington opened its doors and welcomed students of diverse backgrounds. Many students found refuge in Pennington’s supportive community. Many students and seven teachers also entered military service during World War II; nineteen Pennington men lost their lives in the war effort.

Franklin D. Roosevelt was the 32nd president of the United States.
World War II was being fought.
The Summer Olympic games were cancelled.
The first section of the Pennsylvania Turnpike was opened.
The first McDonalds opened in California. 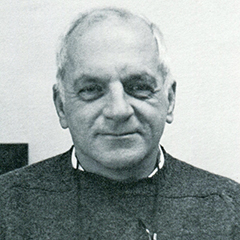 Long before schools in general began to identify and provide services for bright students with learning differences, Pennington opened its Center for Learning, named for Dr. Edmund V. Cervone (pictured at right). In recognition that there are bright students who learn differently, this small and selective program provides support within the School’s college preparatory curriculum, preparing students for college with a 100% success rate for college admission.

Gerald Ford was the 38th president of the United States.
NASA launches the Viking 1 planetary probe to Mars.
The name "Micro-soft" (standing for microcomputer software) is used for the first time by Bill Gates
The push-through tab on drink cans was invented.

At Pennington, we see our long history come alive when we look at the profile of our current community. Our student body represents over twenty different religions and over thirty-five different countries and their cultures. Over thirty percent are students of color and about thirty-five percent receive some level of financial support from Pennington. An appreciation for different learning styles informs our teachers in their pursuit of excellence, and our community is grounded in the core values of honor, virtue, and humility. It is the richness of our history and our long-held belief in individual excellence that provides us with our source of Pennington Pride.