Pennington’s tennis program ended with an outstanding record of 6-3 in Head Coach Ken Palumbo’s inaugural year. Heading into his ninth campaign with the program, Palumbo said seeing his team achieve success makes him feel complete.  The 2021-22 season was an especially successful one as the team went 10-1 and wrapped up their campaign by finishing second at the NJISAA Prep B Championships.

Pennington's number one singles player, Praslin Hayes, went undefeated and was named The Times of Trenton/NJ.Com Player of the Year while twin sister Praslin joined her sibling on the All Area First Team.

“I've always had a passion for the game of tennis. I love teaching and mentoring my students to success both on and off the court,” said Palumbo, who previously coached the number one female high school player in New Jersey.

Palumbo has coached more than 20 players who went on to play college tennis. With over 30 years of playing experience under his belt, he’s the perfect leader for a program looking to sustain recent successes.

“I enjoy coaching a diverse group of students from all over the world and the enthusiasm they bring to the court every day. I also appreciate the support that is given from the Head of School to the Athletic Director to the teachers who are always willing to help, and everyone in between,” he said.

“Success to me is feeling confident that I have given my all to my students and mentoring them to bring out their best abilities while also enjoying the game.” 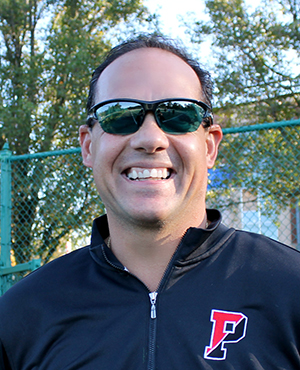