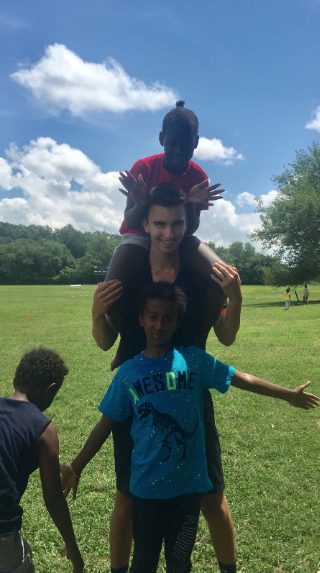 In the midst of the world’s worst refugee crisis since World War II, the United States resettled roughly 21,000 refugees in 2018. Senior Rafer F. spent time in Baltimore last summer with the Baltimore City Community College Refugee Youth Project (RYP) to help young refugees adjust and transition to their new lives in the U. S. The goal was to create an environment that facilitated learning and friendships among the children; help them get used to a daily routine; and teach them English and art through project-based activities.

There were about 100 refugee children, ages 6 - 14, who had come to the U.S. with their families to live in Baltimore. The children were predominantly from Syria, Congo, Myanmar, and South Africa. Rafer said he learned how to communicate when words are limited and about the importance of fun in a child's life.