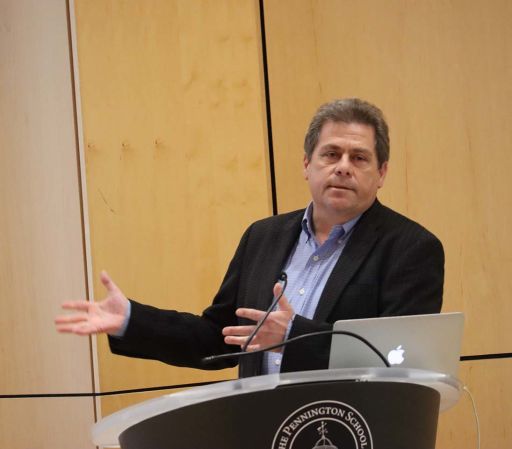 On Thursday, November 19, Pennington welcomed Augustin Pendus P'23 to campus to speak with students as a part of our Applied Science Speaker Series. Pendus studied aerospace engineering with a focus on aerodynamics and structures, and he earned a Master of Science from The Polytechnic Institute of Bucharest, Romania. He is currently working as NASA's mechanical decision authority lead.

Pendus has contributed to multiple projects during his career, and he shared photos and descriptions of some examples, including communication satellites and other spacecraft. He also went into detail about the instruments used to gather information, as well as the pieces of the capsule being used for a Mars sample return mission. While talking to the students about his career, Pendus emphasized the importance of "being well-versed in multiple fields," which aids in collaborations between groups of scientists and engineers. The Pennington community is always grateful to hear from experts about the interesting work being done in STEM fields!