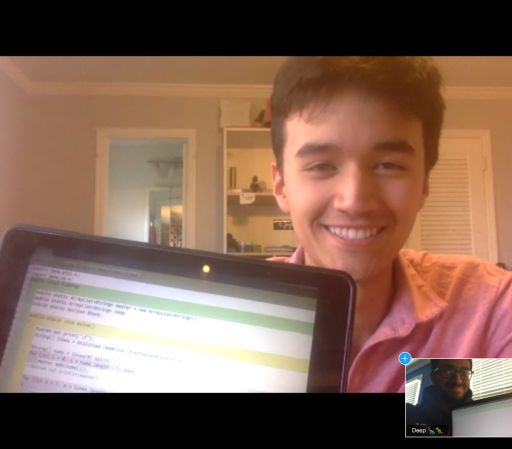 From April 3 to 5, the club held the first-ever Pennington 72-Hour Virtual Hackathon. Working in teams of two or three, the students collaborated on four difficult programming challenges. They organized their own remote meetings to collaborate, devised the code, and submitted it to their advisor, computer science and math teacher Len Leib, who tested it and rated its success. Leib emphasizes that the event was entirely optional; the students who chose to participate find tackling a programming challenge to be fun. The winning team consisted of junior Alexander Huang-Menders and senior Deep Patel.

Because of the pandemic circumstances this year, the ACSL All-Star Contest, originally scheduled to be on-site in Connecticut, will be not only virtual but individual- rather than team-based. Out of Pennington's team of twenty students, eleven have already earned enough points in the first three contests to qualify for the All-Star Contest; the remaining fourth contest offers the possibility for three more to qualify.

The team conducted three optional Computer Science Contest preparation sessions during their March Spring Break, although they had to meet online. Now that the School has moved to distance learning during the coronavirus crisis, the team will hold weekly distance-learning prep sessions in after-school hours through late May.