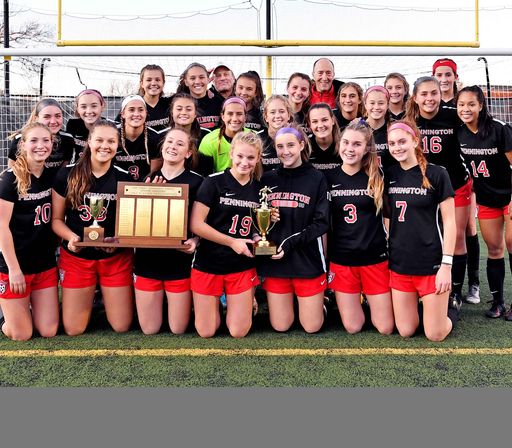 Pennington's defense shined again as goalkeeper Sophia Kavulich had little to do thanks to sound marking and tackling by Johan-Wisnierski, McGrath, Jordan Mahony and Reagan Amberson.  Jenna Bluni came on late to assist in securing Pennington's ninth shutout of the season.

Mia Cresti, Kiki Griswold, MK Kramli, and Ava Brass added to the Red Raiders with depth and were always ready when called on to give their team a boost.

The Red Raiders end their season with a record of 12-4-2 and both the Prep A and Mercer County Tournament titles.