The team competed well and pulled off their first Prep B title since the 2012 swim season. Furthermore, the girls' team went on to take the top honor for points scored by all of the teams in today's competition, which included both Prep A- and B-sized schools.

Today's Prep B victory was made extra special by the fact that last year's team came ever so close to winning the title only to be edged out by the slimmest of margins. Consistent effort by all Pennington swimmers led to a confidence that grew as the meet played out. Several personal best times were achieved during today's meet.

Pennington's seniors will relish this championship in a big way as it took them until their final season to win the title they have been pursuing from their freshman seasons. 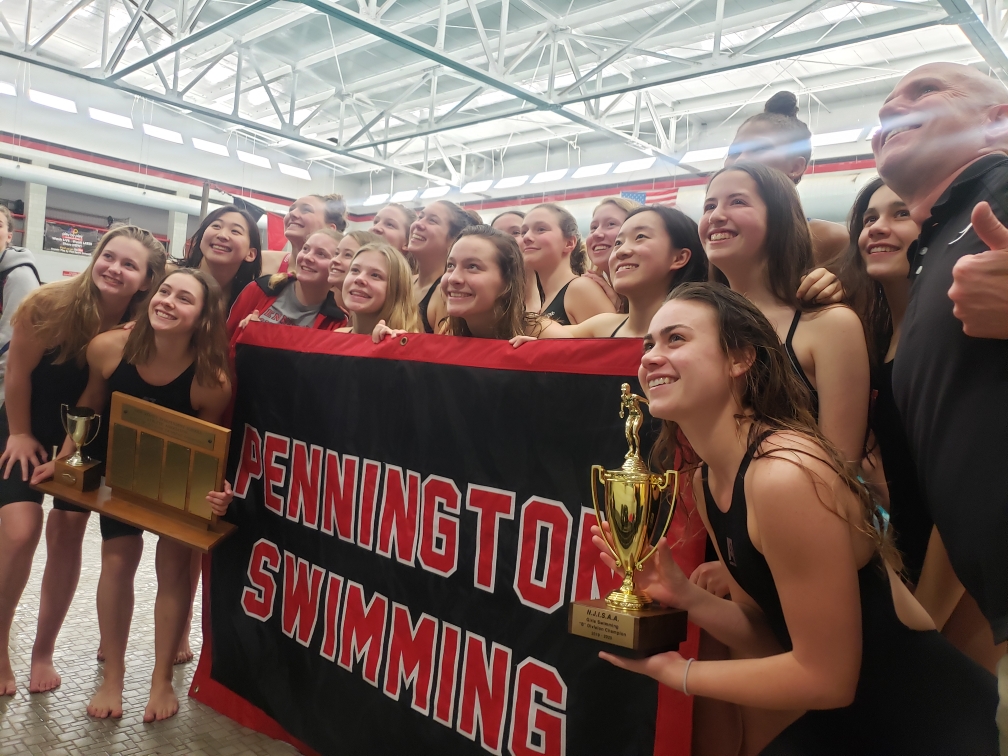