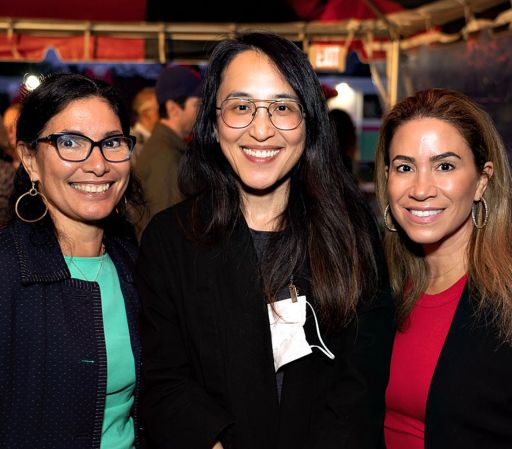 Over the weekend of October 8 through October 10, the Pennington School community celebrated Homecoming and Reunion weekend with a festive program of activities for alumni, students, and parents.

Alumni reunited on Friday, October 8, with cocktail receptions, a 50th reunion dinner for the Classes of 1970 and 1971, a barbecue, and a trip to Sourland Mountain Spirits for a tasting. Pennington students kicked off Homecoming with a pep rally featuring performances from various athletic teams and groups on campus.

On Saturday morning, several awards were announced at the Head of School Breakfast. The Order of the Tower, which is one of the highest honors the School can confer for service to Pennington, was awarded to Head of School William S. Hawkey. Athletic Hall of Fame honors were awarded to Daryl Taylor '71, Philip Wood '09, the 2005 Varsity Girls' Soccer Team, the 1985 Baseball Team, Coach Tom Liwosz, Andrea Picariello '05, and Faisal Al-Shami '85.

After breakfast, ​​a memorial service was held honoring Paul Hausman, George Parnos, Ted Cook, and other alumni who died during the past year. In the afternoon, there was a dedication of the new Lewis Brook Nature Trail that runs through the woods on Pennington's campus and was created by Head of School Bill Hawkey and Board Chair Peter Tucci '79 P'16'16. Saturday also featured a full roster of athletic events, with the Varsity Football team winning their Homecoming game in a landslide.

On Sunday, Board Chair Peter Tucci '79 P'16'16 led a historic tour of Bordentown and the Point Breeze estate of Joseph Bonaparte, Napoleon Bonaparte's older brother. Recently, when the estate was at risk of being sold to developers, Tucci spearheaded the effort for preservationists, the City of Bordentown, and the state to purchase the land and turn it into a city hall, community center, and state park. Tucci has been collecting artifacts related to Joseph Bonaparte for many years, and most of the items in the estate's museum come from his personal collection.

It was invigorating to see the larger Pennington School community reunite in person for the first on-campus Homecoming since fall 2019. Thank you to everyone who came out for Homecoming and Reunion Weekend!