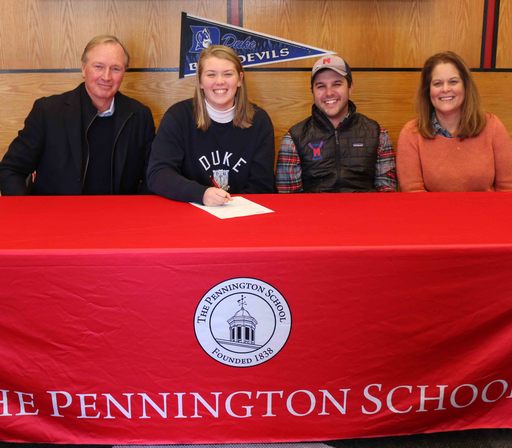 Heyeck began rowing in eighth grade under the guidance of Coach Matt Carlsen at Princeton National Rowing Association's Mercer Rowing Club (PNRA/Mercer). In her freshman year, she became the world record holder for the thirty-minute indoor rowing test for thirteen- and fourteen-year-olds.

In her junior year, Heyeck placed fifth at the Head Of The Charles Regatta® in the Women's Youth Eights, and fourth at Nationals, missing third by 0.016 of a second. Last summer, she represented the United States on the CanAmMex Team, winning gold in the Eights against Canada and Mexico.

Heyeck hopes to compete in the USRowing Youth National Championships in June 2020 and has the goal to join the United States Junior National Team for the World Rowing Junior Championships, held in Bled, Slovenia.