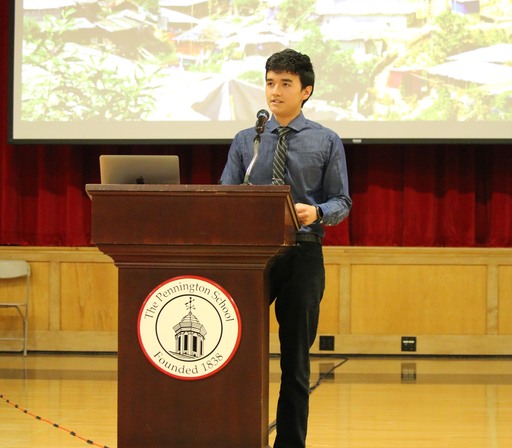 In the All-School Chapel on May 14, Alexander Huang ‘21 and his parents, Theresa Menders and Daniel Farber Huang, inspired the audience with their stories of the individuals behind the photography exhibit currently on display in the Silva Gallery of Art. The Power of Faces: Looking at the Global Refugee Crisis is the title of the exhibition, which will remain in the Gallery through June 1. Alex, a sophomore, led the Chapel with a presentation of photos and videos depicting what he saw firsthand during his visit at refugee camps in Greece and Mexico. He detailed the pain and suffering the refugees have endured, but also the hope they have for a brighter future.

While at the camps, Alex’s parents set up photo stations for the families, with a deliberately blank background, in order to print a physical copy of the photo onsite for the family members to treasure. The work was also stored in a digital form, creating the the exhibition, This exhibition is a portrait project created by husband-and-wife photo team Huang and Menders as an artistic response to what the United Nations has called the greatest humanitarian crisis of our time. Huang and Menders’ work reminds us that the more than 65 million people who have been forced to flee their homes because of conflict or persecution are human beings, not just statistics. To put faces on the statistics, Huang and Menders have traveled to the Souda and Vial refugee camps on the Greek island of Chios. Their intention is to continue this portrait project at other refugee camps around the world.

As a collaborative team, Huang and Menders have successfully partnered on documentary photography projects over the last twenty years. Their work is included in the permanent collections of numerous museums and cultural institutions, including the International Center of Photography, New York Historical Society, Museum of the City of New York, Museum of Chinese in America, New York City Fire Museum, and the Library of Congress.

When Huang and Menders are not traveling, they work together at the business consultant group, The EchoStream Group in Princeton. 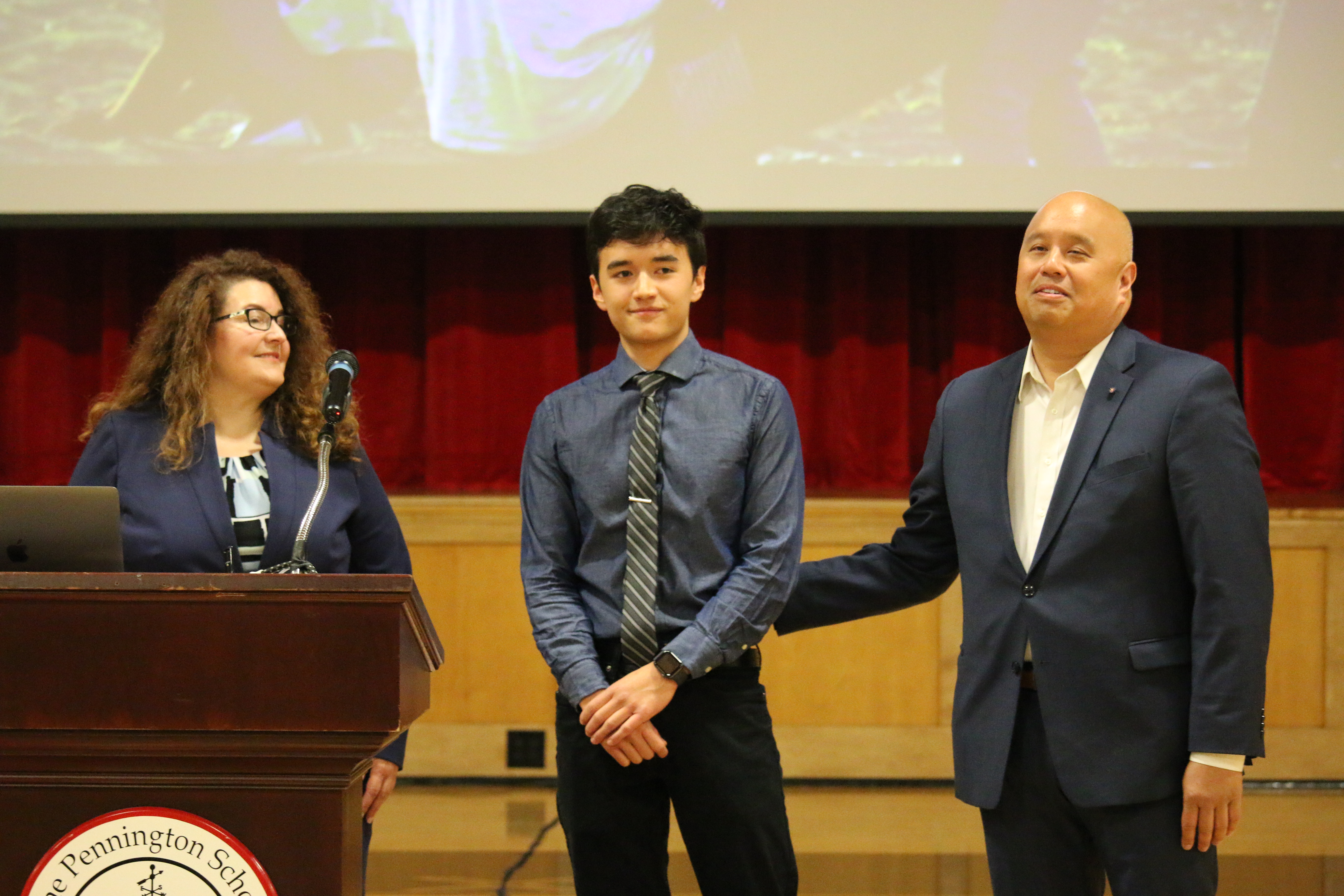