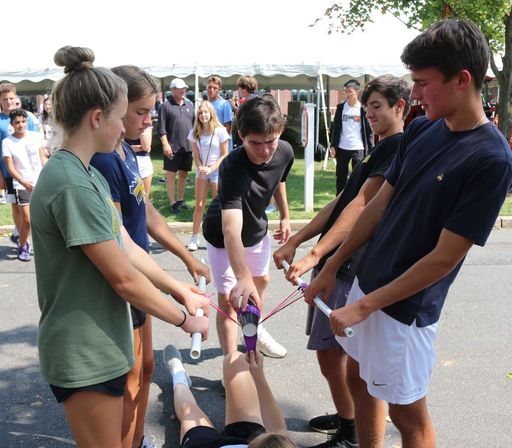 For this year's summer reading, students were immersed in history. The books selected detailed the efforts leading up to Apollo 11 and the United States's mission to send a man to the moon. This topic was selected because July 20, 2019, marked the 50th anniversary of the moon landing.

On the afternoon on September 4, students put themselves into the shoes of the NASA engineers and astronauts with a unique challenge: building and launching a rocket. Family groups (several advisory groups working together) were given a box of various items including rubber bands, plastic bottles, cups, tools, and PVC pipes. Then, they had roughly two hours to design and create a rocket that launched at least 2.5 meters in the air. And there was an additional challenge: the rockets had to contain a fragile glass ornament, known as the "ornanaut," which the students had to prevent from breaking when it landed back on the ground.

Groups of students collaborated with each other to come up with ideas in order to build the rocket. Throughout the building process, many groups had to modify their approach and work in a team, just like NASA did 50 years ago.  In the end, every family advisory team cheered as they launched a rocket into the air! 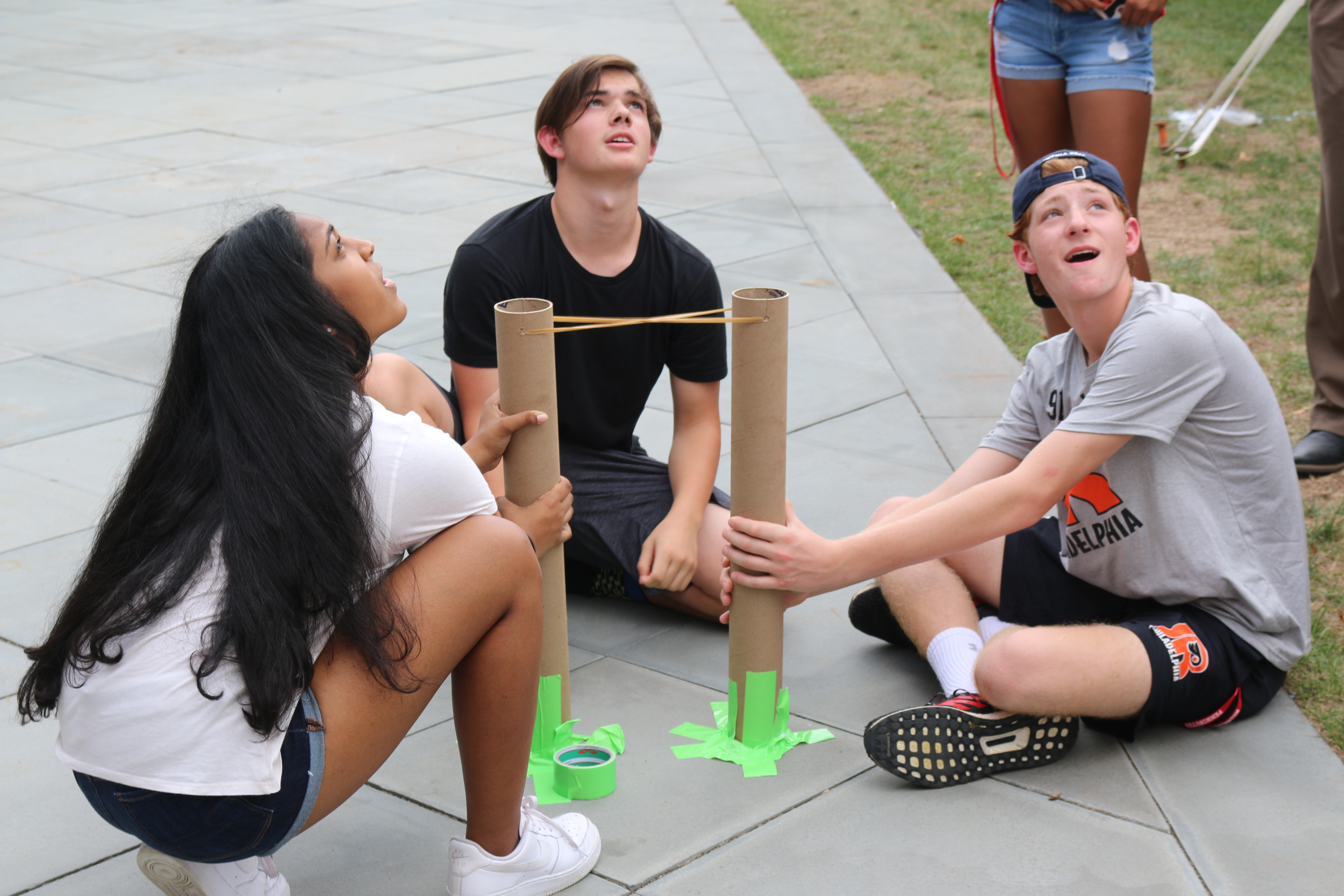