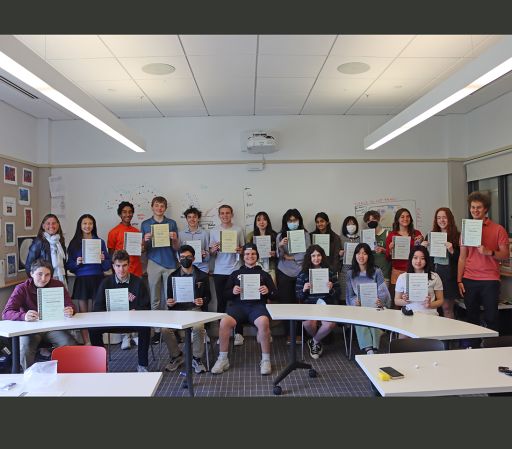 Twenty-two students at The Pennington School have earned awards on the 2022 National Latin Exam. This year the annual exam was administered to over 100,000 students from the United States and twenty-one other countries. The exam tests students on Latin grammar, Roman history, Roman mythology, and Roman culture, including the reading of a passage in Latin for comprehension.

The students are currently in Latin classes ranging from Latin I to AP Latin. Congratulations to all of the award recipients and Teachers of Latin Wendy Morris and Peter Secrest!