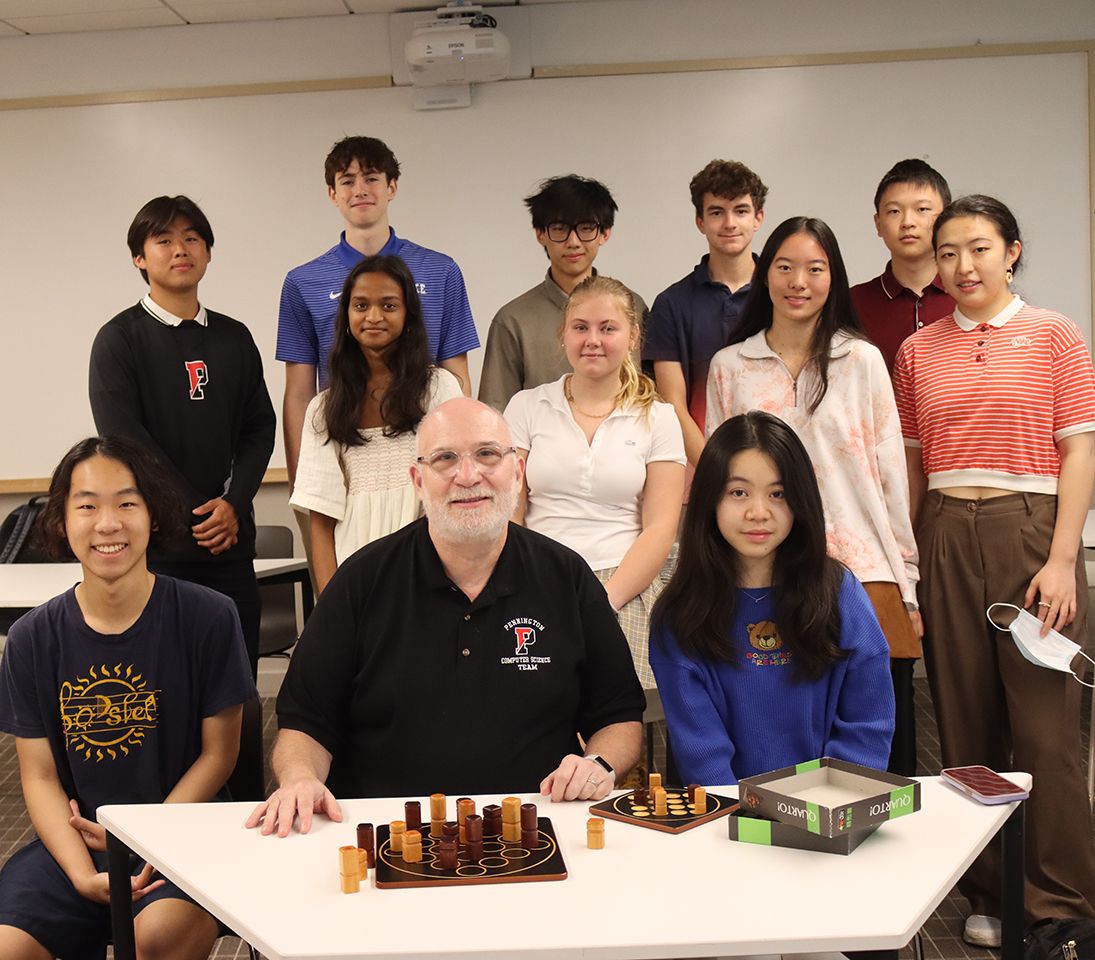 On Thursday, June 2, AP Computer Science students held a competition between Quarto players that they had coded. Teacher of Mathematics Len Leib facilitated the competition by seeding each team’s player and running the programs. Each match consisted of 500 games played in rapid succession to determine who won the larger percentage and could move on to the next round. Players who made it to the finals also had the chance to compete against the player coded by Ben Jiang, who worked on the game as part of his Horizon project.

To learn more about Quarto and to play against the student’s coded players, click here!